I Just Want To Wish Him Luck. We're All Counting On Him 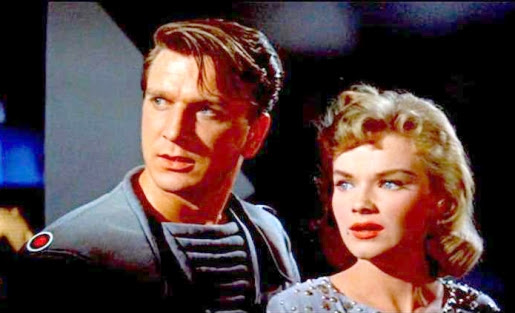 A very belated tribute to one of the all time funny men who had a magnificent second act to his career.

A friend alerted Ivy Chat to a speech Joe Ricketts, patriarch of the Ricketts fame, gave a while ago. It was recorded and the video was posted on YouTube for posterity. In the speech, Joe gave some very revealing information on the new ownership of the Cubs. Very troubling information.

Not only didn't Tom graduate on time, but he didn't bother to tell his parents who showed up at graduation that he wasn't going to graduate! "I'm not going to get my sheepskin!" said Tom to Dad. Thank goodness for Brother Pete getting it for Tom and delivering it as a Christmas present.

Why was Tom late getting his piece of sheep? Well, he was at too many baseball games.

"I'm listening to my son tell me all of the games he went to and how he got sucked in and I said, 'Tom! It just occurred to me I paid a fortune for you to go to school and you came over here and watched baseball.' 'Yeah dad, but it turned out OK, right?'"

Yeah, Tom. It turned out just fine. As it would for anyone else who had a billionaire for a father.

Now, Dad starts to talk about the sale.

"Why would I want to buy a baseball team? Or any sports team. I'm not a fan. I'm not a spectator."

So, Joe not only doesn't know what he’s getting into, he also says why would *I* want to buy a team. Not "we" or "the family" as Tom is so fond of saying. Joe knows that this is his team. Sure, maybe the kids will run it, but this is his investment. What this tells us is that major decisions about the team, at least those requiring outlays of cash, are going to have to be cleared through dad.

So, how does Tom get Dad's attention? Money.

"Let me tell you dad. They sell every ticket, every game, win or lose."

Let's ignore whether or not this is factually correct (it really isn't and Aisle 424 has a decent breakdown of the historical attendance). What got Dad’s attention was cash flow.

Huge red flag if you are a Cubs fan. If you are a fan who wants the team to win, you want an owner who wants winning first and cash flow second. You want the guy who owns the team as a plaything. As his fancy yacht that costs him far more than he makes on it but he gets to show off to his friends. The minute you have an owner who is first concerned with profits, you have... well, an owner like the Tribune.

Joe then discusses the negotiations. Long, hard, arduous, and ultimately to the point where Joe and eldest son Pete said, "We're done. Tom, we're not behind you anymore. You either draw the line in the sand and they come over and settle and take this thing or you have to give up." Joe says that this was on a Friday. Tom understood, went back to the Trib, and on Monday they had a deal.

So, the deal got done because the patriarch and the eldest son got firm with the younger, too-busy-watching-baseball-instead-of-going-to-class son. And that got the deal done. Makes you see how Tom got so easily faced by Illinois politicians a few days ago.

Now, one of the things many people have wondered about Tom is how strong his own business is. There are lots of bond traders out there. You would think that a guy who starts a firm to be an underwriter and wholesale distributor of fixed income securities and structured notes would be able to do pretty well considering his family connections to the TD Bank Financial Group. Such a company should be able to get good access to new issues of bonds and securities and make a decent profit. Seems like things weren’t so easy for Tom:

It took him THAT long to finally be successful at something he should have had not only a decent bit of knowledge about but plenty of access to deal?

Well, Dad told him to choose between bond trading and the Cubs:

"If you take my money, and you start this business, you buy this baseball team, you have to go over and run it. Because I don't, I don’t want to be exposed to risk. … I don't want you to be distracted by your first love."

Again, Dad states very clearly that the Cubs are being bought with his money. Dad also tells how Tom sold part of his stake in the bond firm so that Tom could be "sort of financially independent." Wouldn't a guy who is the son of a billionaire with a U of Chicago degree, 10 or 15 years in bond brokerage who now owns the Cubs already be financially independent? And it's pretty obvious who Tom is depending on.

But the last 30 seconds of the video is the most revealing about future of the Cubs. First, Dad notes that everyone loves Tom. This video appears to have been taken on April 22, 2010. Of course everyone loved Tom then. The season was three weeks old. One wonders if Dad still thinks this way.

Then Dad ends with this quote from Tom:

This speech makes a bunch of things clearer, specifically why Crane Kenney and Jim Hendry still have their jobs.

Joe Ricketts knows nothing about sports and is only interested in the Cubs as an investment. An investment of HIS money. Tom is a goof who wanted to buy the Cubs, but could only convince his dad to give up the cash if the business made sense.

Would the Joe Ricketts who gave this speech give his son $400 million to buy a team if Tom told him, "We have to fire the president, the general manager, the minor league director, and unload half the players. We’re going to eat a lot of money to do this and the team will probably have a lousy record for a few years while we clean house. Oh, and the last time the Cubs had a lousy record, seats went empty and they were only refilled by overspending on players."

No chance in hell.

Ricketts Try to STIF Us

If you haven't heard, the Cubs are trying to get public financing for the rehab of Wrigley Field. The method by which they want to get the financing paid for is slightly confusing, so let's see if it can be explained.

Tickets to Cubs games (and Sox, Bears, Bulls, Black Hawks and Bears, too) are subject to a special sales tax called an Amusement Tax. This adds 12% to the cost of a ticket. These taxes, when collected, go to the general funds of the City of Chicago and the State of Illinois. Once there, they pay for salaries of municipal workers, roads, schools, and every other expense a municipal or state government can think up.

What the Cubs have asked for is this: To have the state issue $200 million in bonds with the repayment coming from the amusement tax specifically on Cubs ticket sales. Now, the Cubs know that the city and state already have uses for that money. They have thus proposed that the city and state keep the exact amount the collect today and that the bonds be repaid only by the increase in Cubs amusement tax collected over the next 35 years.

This plan is very similar to a real estate development program called Tax Increment Financing or TIF financing. Since this is a sales tax increment financing package, let’s call it a STIF.

There are so many problems with this proposal from a taxpayer perspective that it makes the proposal ludicrous. These include:

1) The proposal assumes that sales tax revenues are going to continue to go up. What happens if the Cubs start having attendance problems and ticket prices can’t continue to rise? Where does the shortfall for the bond payment come from then?

2) Why should the city and state kick in the growth from the taxes? It’s not like the cost for services won’t go up. If the taxes project to generate $1 million in new money for the state and the state needs the money, but the money id dedicated to pay Wrigley Bonds, then the state has to raise other taxes to cover the needs.

3) If the cost to pay for the bonds is coming through ticket prices, why does it have to be the tax part of the ticket price? Why can’t the Cubs just raise prices and dedicate the increase to pay for private bonds in a private placement transaction? Sure, the interest cost for that would be higher than state-backed bonds, but so what. Every company would like to borrow at the lowest possible rate. Do the Ricketts think that every private company should borrow from the state and not from commercial banks? How socialist is that!

4) It’s irrelevant that the Sox and Bears got public money. Beyond that neither of those projects should ever have happened, that was then and this is now. There is far less public money today than there was when either of those buildings were financed.

The Ricketts already hornswaggled the people of Arizona and got them to sell public lands to benefit the Ricketts family’s personal wealth (instead of selling the land to benefit all the taxpayers). They bought the team for about $200 million less than they probably initially planned. Take that savings and spend it on your stadium. Put your STIF away and try something else.

It's really hard to write about the Chicago Cubs these days. Why? Because most of us are concerned with on-field performance and all the news tells us that there will be no changes in that part of the product forthcoming.

What news is there?

The new owners are seemingly doing everything possible to remove any confidence fans have in their leadership. Despite needing "three or four solid moves", the GM will not be spending big dollars this offseason. The citizens of Arizona agreed overwhelmingly to sell their publicly owned land and use the proceeds to build the billionaire Ricketts family a new training complex for the Cubs. And the Cubs are surveying fans to see if we want a jumbotron.

So, given all this, one guesses the Ricketts think their fans' interest in the team continues to grow, right? Any data points we can check?

The Cubs convention normally sells out the first day tickets go on sale. They went on sale last week. They didn't sell out.

It's pretty hard not to see that the Ricketts are blowing all the goodwill they got by replacing the Tribune as owners just over a year ago. Most fans expected change for the better. What we see is one hour of CBS prime time with yet another chapter in the clean bathroom saga.

What's the response of fans to all this?

We're not giving them as much money.

If it's this hard to write about them, how hard must it be to cut the Cubs a check?