Sometimes the Headlines Write Themselves

If only it were a Photoshop... 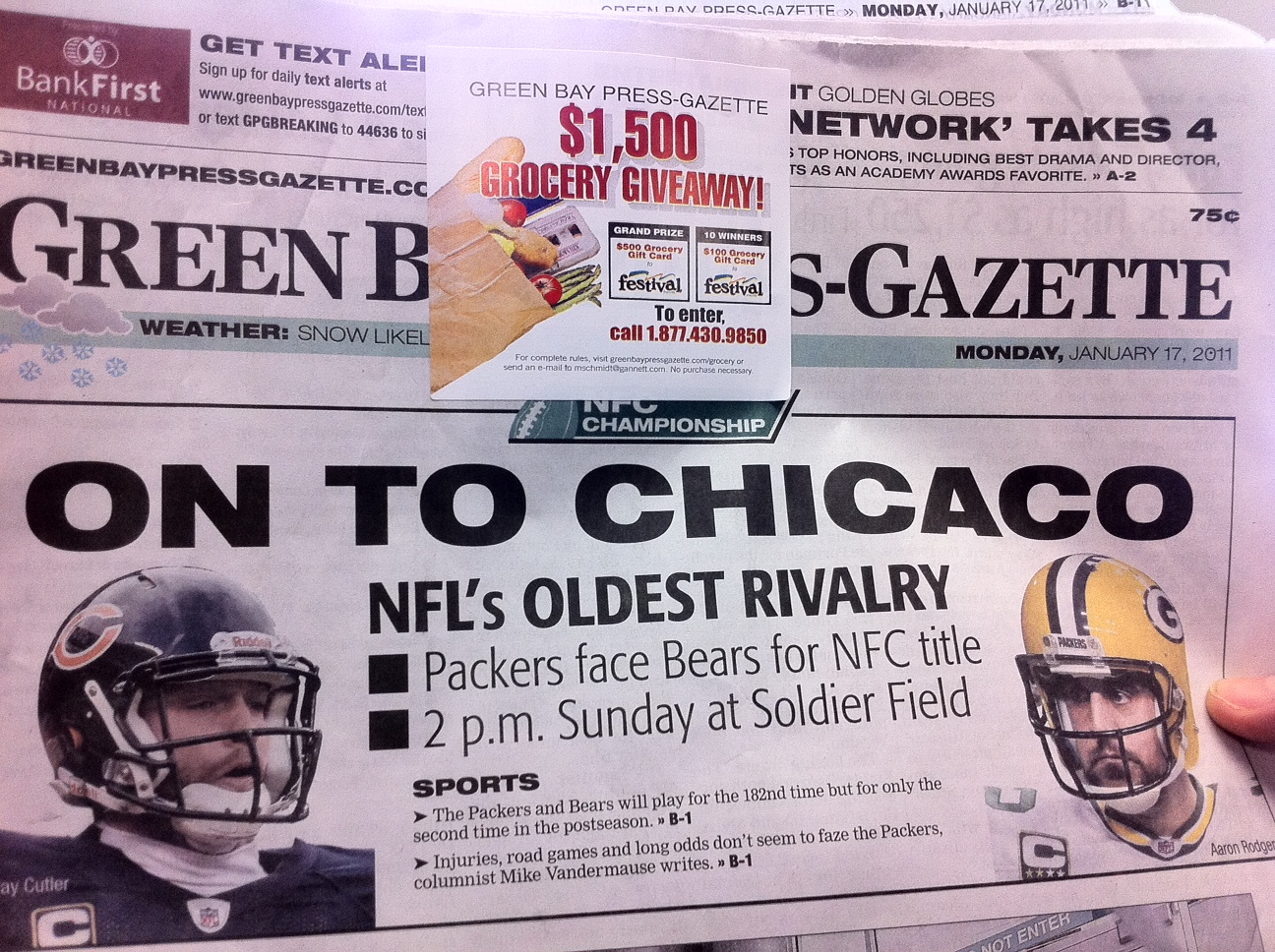 This writer (well, not much of one the last few months - at least in terms of volume) will be forced to miss the Cubs Convention this weekend. It just as well, Paul Sullivan tells us that at the Convention, "Cubs players and executives meet with the Chicago media in a social setting for interviews and small talk. Fans and bloggers are not allowed, with the exception of the blog that lauds every move of the Ricketts and the Cubs' higher-ups."

Frankly, the Cubs aren't very interesting right now, especially with the prospect of a Bears playoff game with the potential future of a Bears-Packers NFC title game.

Well, the reality is that teams that people didn't think were good enough to win Superbowls have gone and just won them anyway. It's happened many times. Even as recently as the Giants defeating the BEST TEAM EVAR Patriots.

Sure seems to be more interesting to see if this team gets lucky than mucking around an undersold hotel, especially if you aren't a suck up.

Yeah, this site has been dark for a while. Hopefully, that ends soon. Until then, enjoy...


From "World Champions: The Story of the 1985 Chicago Bears"