When Did A Lizard Ever Poison Spock?

Gene Siskel, gone ten years ago today. Roger Ebert has a tremendous tribute to him in the Sun Times today. Worth a read. The best piece of the article?

He spoke about his Judaism, which he took very seriously. His parents had started the first synagogue on the North Shore after World War II. "I had a lot of long talks with my father about our religion," Gene told me. "He said it wasn't necessary to think too much about an afterlife. What was important was this life, how we live it, what we contribute, our families, and the memories we leave." Gene said, "The importance of Judaism isn't simply theological, or, in the minds of some Jews, necessarily theological at all. It is that we have stayed together and respected these things for thousands of years, and so it is important that we continue." In a few words, this was one of the most touching descriptions of Judaism I had ever heard.

Spring training starts and there's a huge "Ho Hum..." from the Cubs fans. With four of the other five teams in the National League Central getting worse this offseason, the Cubs are expected to roll to their third straight NL Central title and a playoff appearance. And, with nine consecutive playoff losses, including first round sweeps the past two seasons, there's a lot of people who are approaching the 2009 regular season as just the dress rehearsal for the 2009 post-season.

Count this writer as one of those people.

What's interesting is that Lou Piniella seems to know that, too. Why else is he bringing up the tired old bit of Alfonso Soriano moving down in the order?

The answer seems to be to give the professional media something to write about other than, "Does the regular season matter?"

The last thing this team needs over 162 games is everyone focusing on the 11 wins needed following the regular season. Anything Lou can do to reduce the number of people talking post-season success, and past failures, is a good thing.

Probably not going to work that well. 2009 is all about post season success. Anything less than three wins after October 4th and the season is an out-and-out failure. Some might even say that for this season to be successful, the Cubs actually need to win the pennant.

Think about this: For fans that think this way, the Cubs now have Yankee-like expectations. About time.

A head scratcher from Phil Rodgers in yesterday's Tribune. Phil was trying to discuss how many good players don't have jobs and what they can do to get jobs now that camps open this week. He uses Frank Thomas as an example:

There has been so little interest in Frank Thomas he doesn't even land in the rumors. He's not going to get ready while he's out of camp, which is why the Players Association needs to organize a spring training camp for out-of-work players.

So, Big Frank wants a job and probably needs a job (Frank's history suggests he's a TARP candidate if he doesn't get a gig in MLB). But despite wanting and needing, Frank's not going to get prepared. No way, no sir. Phil's solution is to have the MLB Player's Association arrange a camp for unsigned players to work out and get ready for the season.

If a guy doesn't want to get ready, why does the MLBPA need to subsidize him? And why would dues-paying rookies want to see their dues go to help guys get jobs that would come at the expense of those rookies?

Now, maybe Phil didn't articulate his point properly. Maybe Phil means Frank has the desire to get ready but is unable to get ready as renting a whole ball field and the staff to help him is prohibitively expensive. That would still be wrong. Just check out Strike Zone in Niles for a good practice venue. And their costs are very affordable, even for bankers trying to get their sons ready for little league, much less a guy with career earnings of $104,634,000.

Brooks is No Longer Here 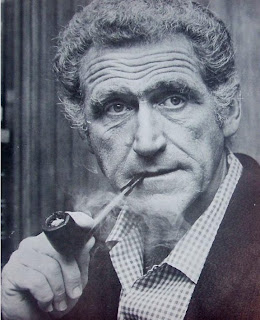 The Tribune has a big story today about how the Chicago Bears are the only team not asking for a ticket price increase this year. In the article, team president Ted Phillips lays on the "we're doing this for you" schtick pretty heavily:

"Could we have raised prices and probably gotten pretty good response? We probably could have," Phillips told the Tribune. "But this is the right thing to do, given the economy. We feel good about doing it."

That's very kind of the Bears to not take a price increase when they "probably could have" gotten one. It's so nice that they are taking pity on their fans who haven't seen a playoff game in over two years. It's even nicer when you compare the Bears to the Sox, Cubs, Bulls and Blackhawks who all raised prices.

I'm sure this has nothing to do with the timing of the Bears ticket renewals going out right now while the economy is at its worst while those other teams got their price increases in months ago. The Bears really have the fans best interests at heart and are passing up a chance at revenue maximization.

From The Home Office On Madison Avenue

The Superbowl is over but the counting is just beginning. The ads aired will get play on the web for the next few months. Memorable ones have a chance to enter the public consciousness and take up permanent residence there. As an example, the 1984 Apple ad may have actually defined the Superbowl ad genre. And the Tabasco mosquito ad remains a favorite.

If ad response is any indication of future performance, things look bad for the upcoming Angels & Demons and Star Trek movies.

And, thank god people are smart enough to loathe the Saturday Night Live / Pepsi entrant. Next time, use Toonces. At least Toonces is cute. And the commercial can still have an explosion.